My husband is 7 years younger than me. While this doesn't seem like much at first, when you realise that the same year I got married for the first time (at age 19) he was in intermediate, suddenly the age gap becomes very very large!

One aspect of this age gap is that, in this rapidly changing world, he grew up with technology that I was only discovering in my late teens/early adult years. This means that, despite having done my Masters thesis on video gaming, I am constantly hopelessly behind him when it comes to understanding technological trends of youth. I know I sound ancient right now, but it is true, and he laughs at me all the time about it (I would like to remind you all that I am only 30, but technology is developing so fast that having grown up with it as second nature gives you a distinct advantage).

But one trend I am on top of (yay me!!) is this overwhelming belief that relationships that don't work should just be ditched. This trend is particularly popular through quotes on facebook. 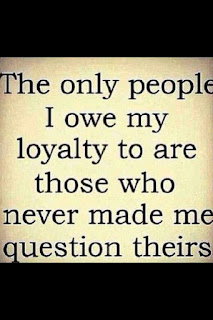 By and large these quotes - of which I have chosen a few of the lest offensive to display - are basically stating that if you have ever hurt me, insulted me, misunderstood me, made me angry, broken my trust, or any other infraction on our relationship be you a friend, a partner, or anyone except my children (who are always completely above reproach) then expect me to pull the finger and walk away whistling with no regrets for ending our relationship.

As someone who has divorced a husband and hasn't had contact with her parents for 5 years, I understand what letting go of relationships is all about. I understand walking away from destructive and hurtful situations, and I really do not hold anything against anyone who chooses to do so.

I would never ever ever say that I have no regrets, that it was simple, or that these people have been dropped because they didn't treat me the way I deserved. 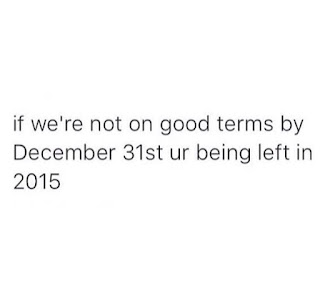 I do regret things. Every relationship breaks down because of things both sides have done. No one
person is ever 100% in the wrong. There are always two sides to a story. I regret hurting people I care about, I regret not trying harder at times. I regret not speaking up sooner when I first noticed problems.

And it hurts. It hurt then and it hurts now. Though I am happily married to someone else, my divorce still cuts deep. It is a sadness in my very soul for the two people that we were and what we were able to do to each other. It is a grief for two young people, children really, that thought they could face anything together. It is a sadness for the loss of innocence and of love. It is mourning for family moments not shared and sadness over ones that were shared but went so wrong. There is anger there too and shame.

Would I choose differently now?No, I believe I acted in the best interests of everybody, but it wasn't because somehow these people were just haters who hurt me once, or even people that I was sick of.

Because relationships, even the difficult ones, are not disposable.

In a culture that moves so quickly on to the next thing, we have begun to treat our relationships the same way. Just as we line up for the newest iPhone when our old one is still working just fine, so too do we start moving on to the next relationship before we have even given our current one time to heal and to grow. 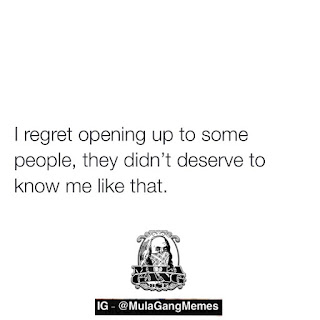 People hurt each other. There is no relationship you will ever have were you won't be hurt. My mother-in-law use to tell me that hubby would never hurt me, until one day I told her that that simply wasn't true. He would, already had in some ways (though not marriage destroying ways) and that it was OK because relationship is about forgiveness, trying to find solutions and working through tough issues. Otherwise it isn't a relationship!

If you are looking for family, friends, partners that will never hurt you then you are going to be disappointed. It is how we respond to pain and to hurt that defines our relationship. Flipping the finger and walking out anytime something bad happens merely shows how little you valued the relationship in the first place. It says more about you than about the other person. It takes time to work stuff out, sometimes years, but love is about the long haul despite the pain involved.

Jesus is the perfect example of this relational dedication. For three years he hung out with the same group of 12 mates. In particular he was ultra close to Peter. They were close in a way that makes me think of my husband and his best friend Kent. They are like brothers from another mother. Close in a way that makes me envious of what they have. At times they tell each other off but they are always there for each other for any reason, day or night. 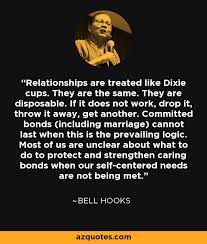 Jesus and Peter live together, eat together, share every day together. They are close. And yet when
Jesus is arrested Peter runs away and then, out of fear of being arrested himself, denies he ever knew the man.

Jesus reacts in a way that we should try to emulate. He forgives Peter. He returns to him after he is resurrected and embraces him. Peter then goes on to be the founding leader of the Christian church, which 2000+ years is still going strong.

Instead of reacting out of anger (which he would have been entitled to do!), despite facing torture and death alone and betrayed, Jesus shows grace and understanding. There was nothing but love and mercy for his friend. Perhaps as we meditate on Jesus this Christmas season we should ask for his grace to forgive and love those who have hurt us, and the opportunity to heal relationships that have been damaged.

May forgiveness be our focus this Christmas.

Note: If you are in a relationship that is abusive in any way - mentally, physically, sexually, or emotionally - then remove yourself from this. Forgiveness and reconciliation can happen at a distance, but the priority is your safety while you walk that journey. There are some things that we can confront head on, and others were we need the space and safety first. Please see my blog on forgiving family for more conversation around this.